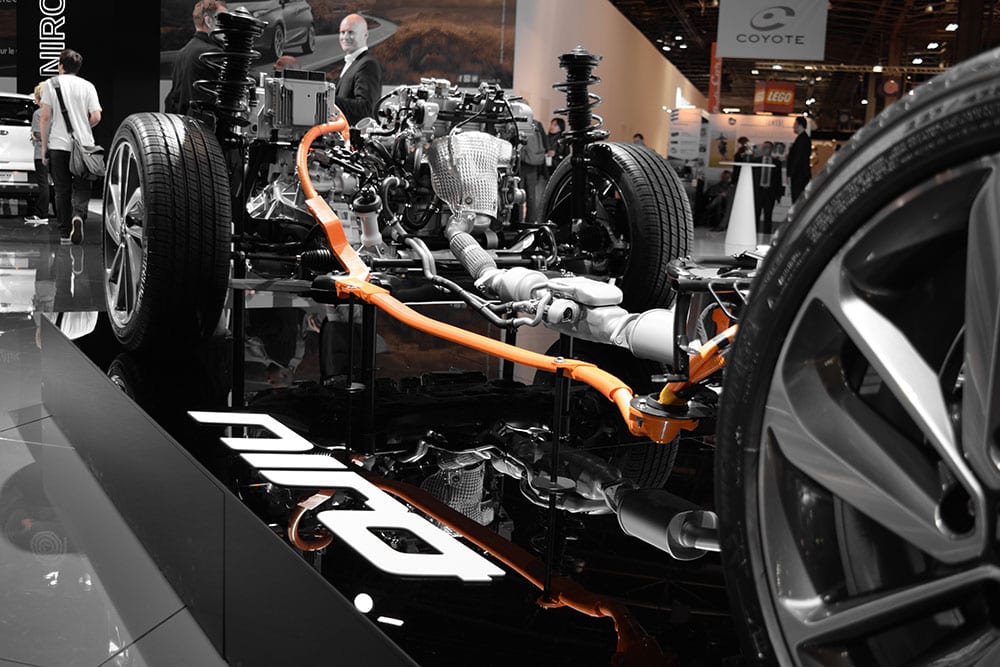 It’s fair to say we’ve seen some changes in the motor trade in the few decades. The 1980s consigned points and condensers to the history books, shortly followed by carburettors with Euro 1 regulations back in 1993. We’ve seen the development of airbags, ABS and ESP systems, high pressure fuel systems, multiplex networks such as CAN, and plastic replacing metal for all sorts of components.

So what’s next? We’re certainly going to see an increased number of hybrid vehicles on the road- pressure to reduce carbon dioxide emissions and fuel consumption without compromising performance means that capturing otherwise wasted energy and using it for acceleration or stop-start driving is becoming essential. Bosch have developed a new 48v hybrid system, able to offer some of the hybrid benefits without the cost of a full high-voltage system and designed for easy integration into existing models.

The number of plug-in models is likely to increase as well, as drivers with off-road parking who previously chose diesel for its low running costs and mid-range torque will move to PHEVs for an improvement on both counts and the facility to pre-heat and pre-cool when plugged in.

As range and infrastructure improve, and costs fall, we’ll see an increase in the number of electric vehicles as well. The new Nissan Leaf offers double the driving range of the one I’ve been driving since 2015, but actually costs less. Although it’s still more expensive than a similar sized petrol car, significantly lower running costs will make it a cheaper option for many drivers.

So it’s fair to say, hybrid and electric cars will become the new normal within a few years. But here’s the thing- there is no “normal”. Those of us who are used to repairing diesels will know that whether a car has a Bosch, Delphi, Denso or Siemens system, they’re all pretty similar in their design. But hybrids and EVs are not the same.

Firstly, lets talk about battery cooling. It’d be a fair assumption that most manufacturers use a similar system, but this is not the case. Toyota pull air from the interior and blow it across the battery modules, leaving via its own exit route, whereas the Nissan eNV-200 battery has its own air conditioning evaporator to blow cooled air over the pack. BMW use a different system again, not bothering with air flow but instead the air conditioning pipes take heat directly from the modules by conduction. Tesla use a liquid-cooled battery pack, as does the Vauxhall Ampera, except the Ampera can cool the coolant using the air conditioning system if required. The Nissan Leaf doesn’t bother with any cooling system, instead using cells designed to absorb heat without affecting their function.

You’ll be pleased to know that when it comes to batteries there’s only three types- Nickel-Metal Hydride, Lithium-Ion and Lithium-Polymer. Except Toyota use prismatic Ni-MH cells compared to Honda’s cylinders. Most Li-Ion cells are the pouch variety, although Tesla use cylindrical cells, and even then, we have different concoctions of manganese, cobalt and other metals used for the electrodes, which change the characteristics of the battery.

At least heating systems are straightforward with just a simple heating element powered by the high voltage battery. Except some of them heat coolant, which then goes into a heater matrix, and some work directly on the incoming air. And some of them are only 12v. And Renault, Nissan and BMW use the car’s existing air conditioning components to work as a heat pump. And Hyundai and Kia take the heat pump concept a step further by also taking waste heat from the inverter. And that’s before we go onto plug-in hybrids which also have an engine as a heat source.

HEVRA supports garages in servicing and repairing hybrid and electric vehicles and is open to all UK garages that meet their standards. For more information, contact Peter Melville –  membership@hevra.org.uk or visit the HEVRA website.

Run the London Marathon 2023 for Ben

The Motor Ombudsman Knowledge Base sees record views in 2022

The UK's newest website dedicated to the automotive aftermarket

Some retro classics are joining the classic car MO

Thinking about running the London Marathon? Why no

The @PerformanceAAA has launched its SMART campaig

Turning car parts into art? That is just what @sar

Record views for @TheMotorOmbudsman Knowledge Base

Are part-worn tyres worth it? ATS Euromaster has n

To give garages advice on how to build an #online

The IAAF has announced a new Garage Awards in part

EXCLUSIVE INTERVIEW! We caught up with Robb Gravet

Further development expected in the @pointstyres_u

Another consultation on the #MOT is launched by th

The #aftermarket is warned not to slow down in its

How did #aftermarket companies use @autosport_inte

The @autosport_international video is now live on

The @autosport_international is back for #2023 and

It's nearly #BlueMonday - seen as the most depress